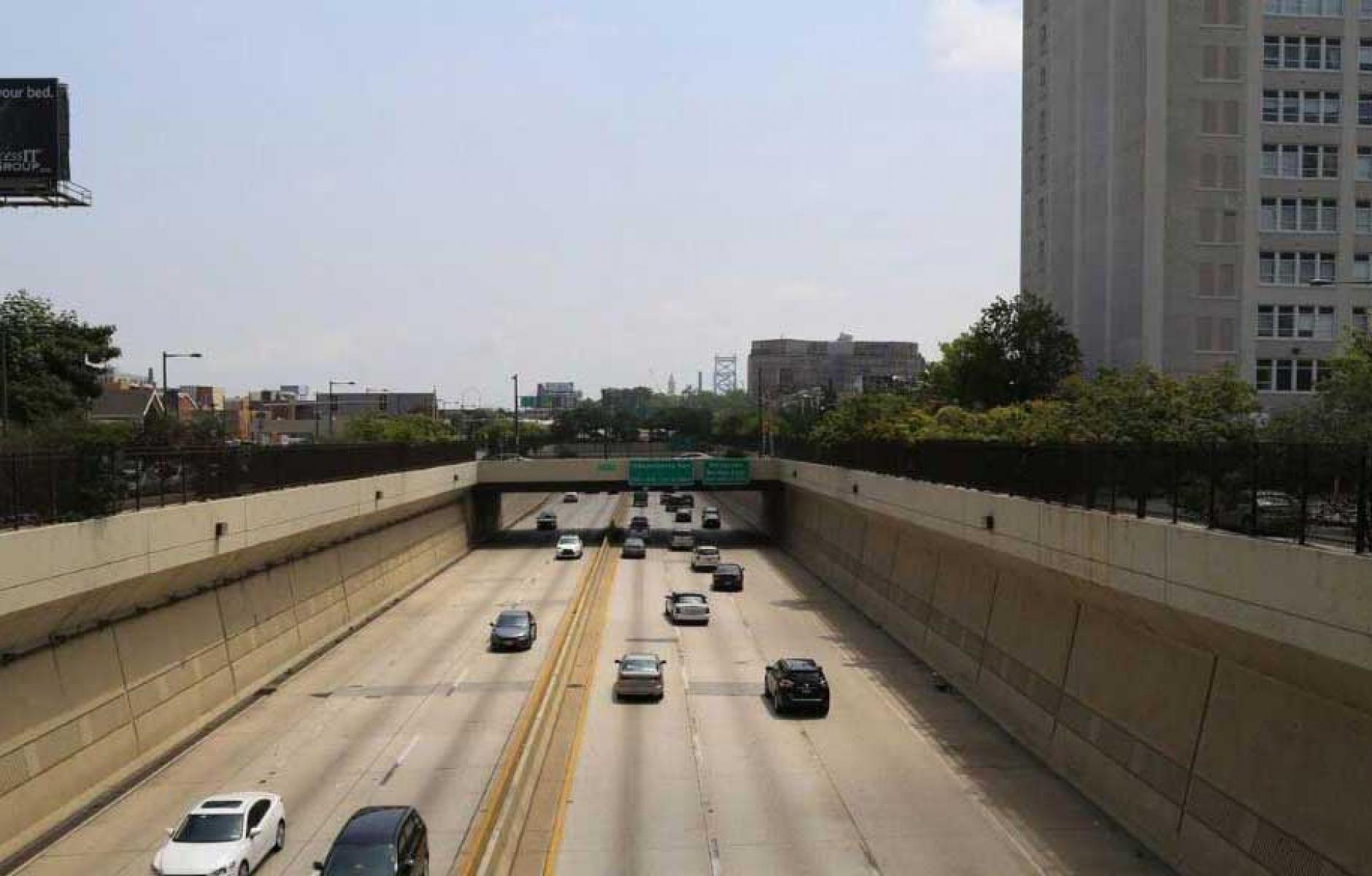 This article is part of our ongoing coverage of the Ladders of Opportunity Every Place Counts Design Challenge, a program of the U.S. Department of Transportation (USDOT) with design assistance from CNU. Learn more at cnu.org/everyplacecounts.
ROBERT STEUTEVILLE   &nbspAUG. 9, 2016

Mayor Jim Kenney calls I-676 in Philadelphia the “not-so-great wall of Chinatown.” The US Department of Transportation (USDOT) held a two-day workshop in mid-July to explore ways to reconnect the expanding Chinatown neighborhood with the redeveloping Callowhill neighborhood.

The workshop, hosted by the City of Philadelphia as part of Every Place Counts, focused on a seven-block area from Broad Street to Seventh Street where the sunken expressway divides the neighborhoods to the north and south. The area also includes the Drexel School of Medicine.

“The Vine Street Expressway and its service roads encompass 13 lanes of fast-moving traffic, bisecting neighborhoods and depressing values along its stretch,” the city explains. I-676 carries more than 100,000 cars and trucks across Center City, from the Ben Franklin Bridge and I-95 to the Schuylkill Expressway (I-76).

USDOT staff, assisted by the Congress for the New Urbanism (CNU), guided two days of discussions and design, bringing together community members and stakeholders and a diverse range of experts, including city planners, landscape architects, engineers, and transportation professionals.

The Philadelphia workshop was one of four such events in cities across the US in mid-July, all focusing on Interstate corridors. Most of the urban expressways were built in the 1960s, but the Vine Street Expressway is 25 years old—so there are no significant structural problems. For the early 1990s, the expressway offered progressive design and landscaping. Still, it’s a barrier to redevelopment and livability in a booming downtown.

Freeway caps with green space and small buildings were suggested to re-knit the urban fabric. One idea would involve a series of “partial caps,” each no more than 790 feet in length, which require less infrastructure and lower cost than “full caps,” or tunnels.

The team pragmatically looked at short- and medium-term ideas such as traffic calming, street redesign, adding to the green space network, and making bridges and underpasses more hospitable to people outside of cars. In Callowhill, an elevated rail park is under construction—Philadelphia’s version of the High Line—that could be linked by pathways to Franklin Square, one of William Penn’s original squares, which is next to Chinatown, but inaccessible due to the sunken expressway.

Vine Street, which serves as a frontage road on both sides of the Interstate, could be redesigned with protected bike lanes and tree-lined medians that calm traffic for better pedestrian crossing, the experts suggested. A redo of Vine Street would ease access to the bridges and across the highway. 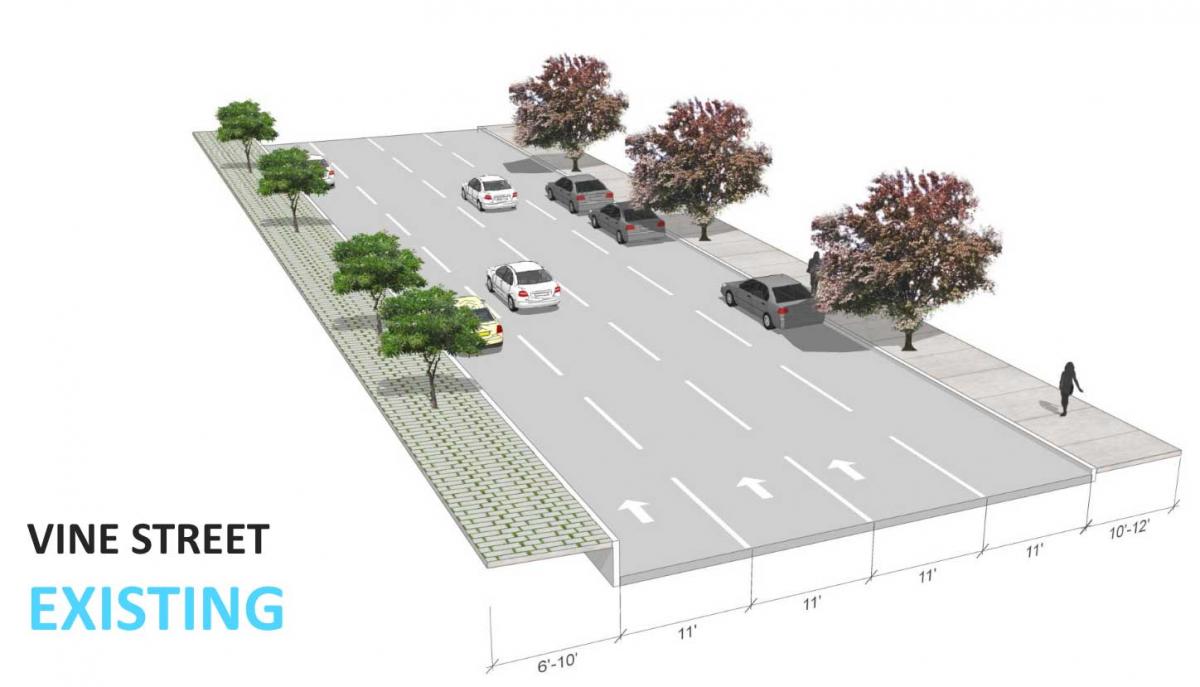 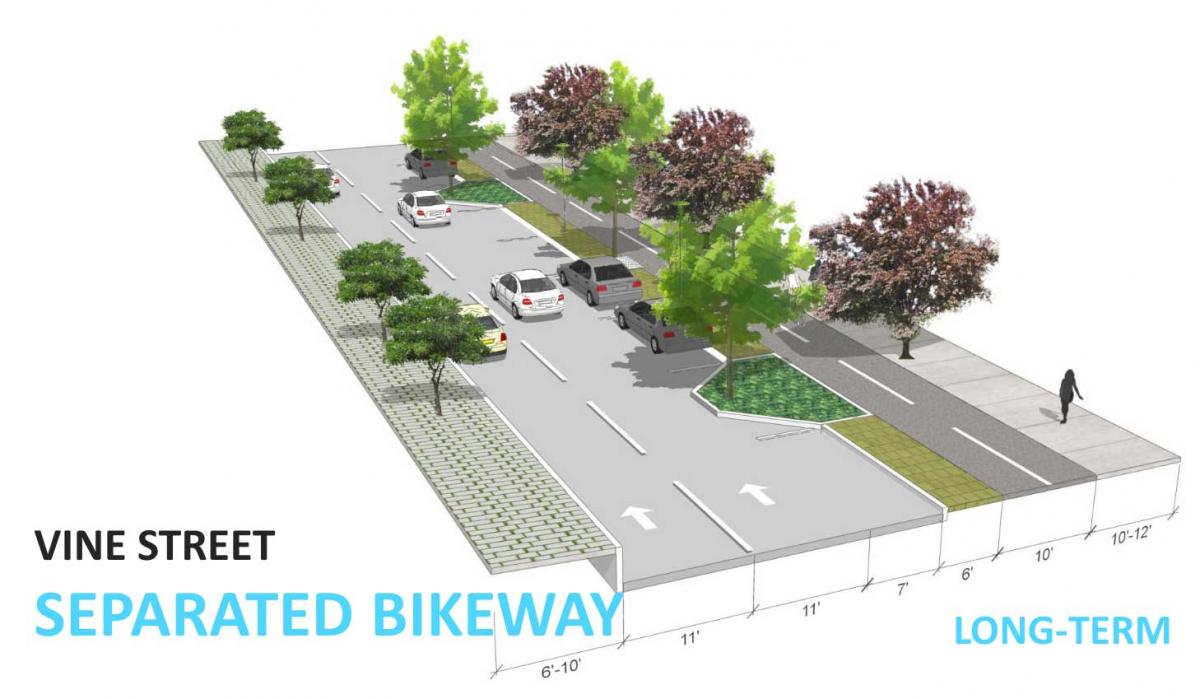 About a thousand school children cross I-676 daily in this seven-block stretch to reach three schools on the north side of Vine Street, the city notes. Also, Chinatown and its residents are spilling out of the eight-block historic boundaries. “Generating more activity in the study area is important because development in Philadelphia is leapfrogging north across Vine Street,” notes a city report. “For instance, there are plans for a new residential tower and Chinatown community center just north of the Expressway.”

Design concepts prepared by Toole Design and volunteers (many of whom are CNU members) were organized around three “themes” identified and authored by workshop participants:

1) Incorporate green infrastructure, open space, and landscape throughout the community.

3) Enhance safe connections and mobility for all.

The third theme could include a complete street and road diet study, and looking at near-term pedestrian crossing opportunities. More immediate solutions include streetscape improvements, artistic neighborhood gateways, increased landscaping, lighting, and wayfinding, and use of benches and parklets.

“Local stakeholders believe that partial capping and small-scale treatments could bring about major impacts to mitigate the long-term negative impacts created by the construction of the Vine Street Expressway and improve health outcomes,” the city notes.