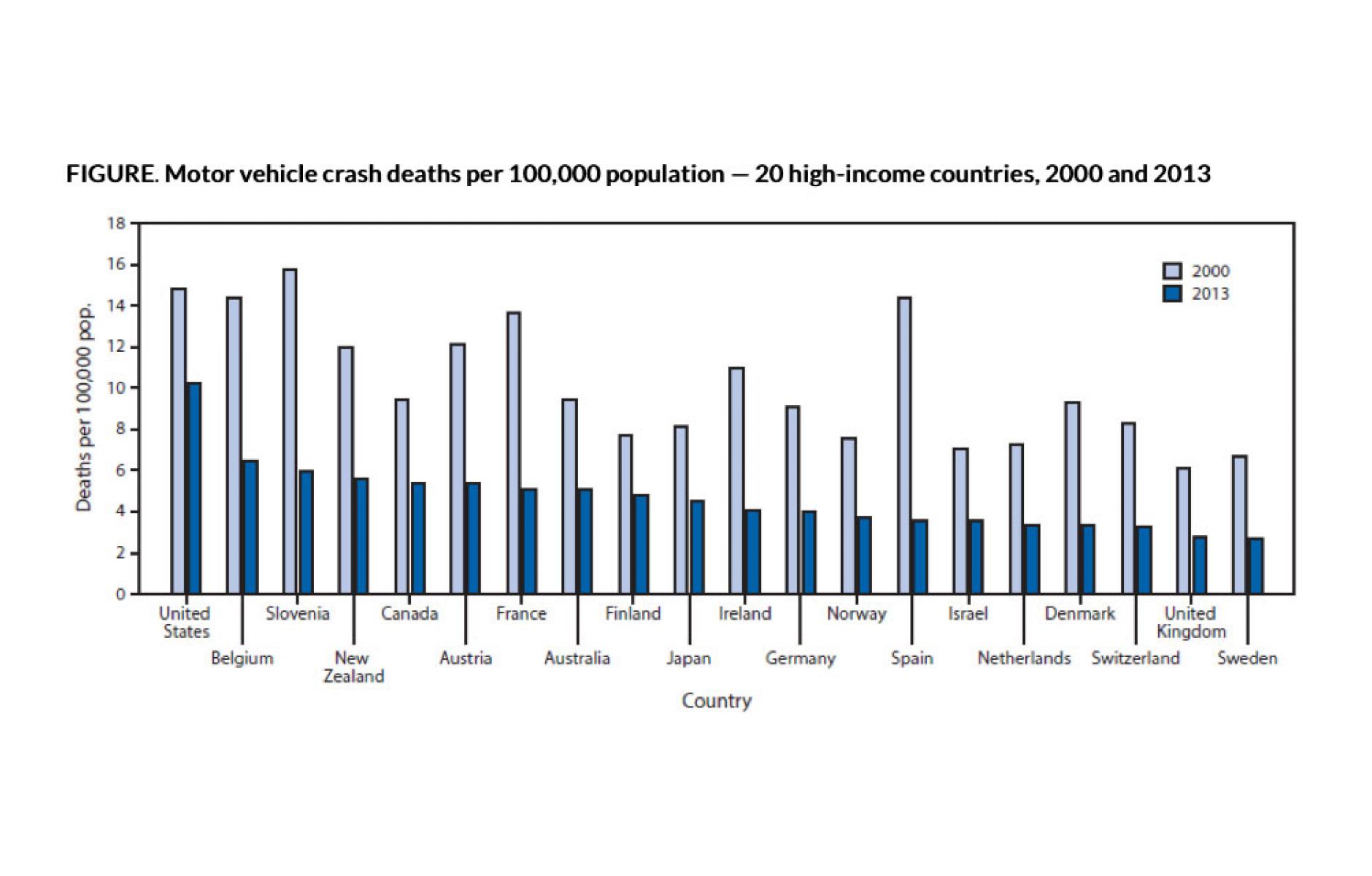 Source: CDC
Got A Minute

US has no peer in traffic death

US traffic deaths are way beyond peer nations and the gap is widening, according to a report released this week from the Centers for Disease Control. Traffic deaths in the US have dropped since 2000, due to safer vehicles and declining miles driven per capita—but all other highly developed nations have made much bigger gains.

And we have lately gone backward. This chart is based on data from 2013, but 2015 US motor vehicle fatalities surged 17 percent. According to estimates from the National Safety Council,  "38,300 people were killed on US roads, and 4.4 million were seriously injured, meaning 2015 likely was the deadliest driving year since 2008."

CDC emphasizes impaired driving and failure to wear seatbelts as primary causes of traffic deaths, repeating the dominant American traffic safety message of the last 50 years. Speed of thoroughfares is also an issue, and speed is necessary in many cases. But how much of this problem is related to design choices of those who conceive and build roads? In other words, how much is preventable and unnecessary? If you look closely, the answer is a lot.