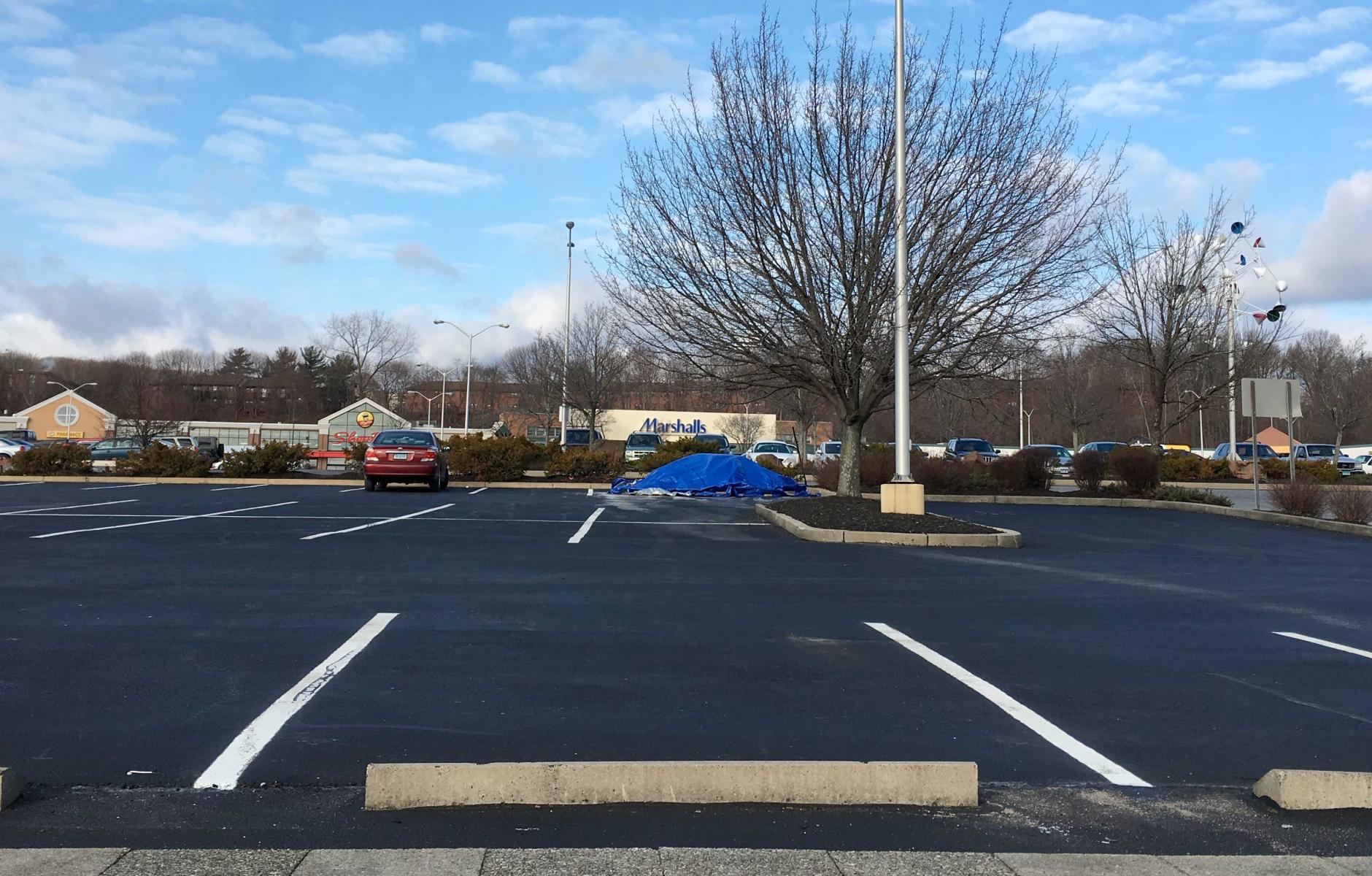 A slow revolution in zoning

Commercial strip arterials in the Nutmeg State are beginning to transform as land-use regulations shift focus from use to the shape and siting of buildings.
TOM CONDON   &nbspMAR. 1, 2016

Dixwell Avenue in Hamden, Connecticut, is an inelegant and jumbled commercial strip, a paean to post-World War II planning, a hurried venue for cars where pedestrians or bike riders venture at considerable risk. For example, at the 1950s-era Hamden Plaza, diners leaving Panera Bread on one side of the mall often find the parking lot so vast and uninviting that they get in their cars to pilgrimage to Ashley’s Ice Cream on the other side.

But over time Dixwell and Hamden’s other two major commercial thoroughfares, State Street and Whitney Avenue, may take on a friendlier look and scale; indeed Whitney already is.

Hamden has joined a quiet revolution going on across the country in an area not usually associated with revolutionary fervor: zoning. Instead of focusing on what a building is used for, as traditional zoning does, the new approach, called “form-based zoning,” concentrates on what a building looks like — its form — and how it relates to the street and the neighborhood.

Advocates say the focus on the physical form of buildings encourages diverse, attractive and walkable streets, protects the character of neighborhoods and encourages development by making it more predictable and less administratively cumbersome.

But it doesn’t guarantee that development will follow —there has to be demand — and there can be pitfalls in the preparation and administration of form-based codes.

Nonetheless, form-based zoning is gaining ground in Connecticut. Hamden was first on the bandwagon when it adopted town-wide form-based rules in 2010. Simsbury followed with a new code for its town center, and later for the former Hartford Insurance Group property on Route 10. Manchester embraced a form-based code in 2012 for its downtown Broad Street area. Canton residents will consider a new form-based code this year for two parts of town.

At midnight on Jan. 12, Hartford’s Planning and Zoning Commission voted unanimously to adopt a new form-based code for the whole city. Sara C. Bronin, the UConn law professor who chairs the commission and directed the two-year code revision, said she believes that, as property owners and developers get used to the new approach, it will help restore faith in the city’s real estate market and bring development to key locations.

But, why wouldn’t the old rules get the same result?

Zoning was developed more than a century ago largely to keep noxious factories or slaughterhouses away from residential areas; in other words, to separate incompatible uses. It worked; it made cities more livable. But as the poet Ogden Nash said about progress, it was fine for a time and then went on too long. Over time, even compatible uses were separated; indeed, critics say, almost everything was separated from everything else.

Traditional “mixed-use” buildings, with a store on the first floor and apartments above, found in cities around the world, are not allowed by many U.S. zoning codes. Historic villages that predate zoning cannot be replicated under many modern codes. This is a reason Canton wants to bring a form-based code to its picturesque mill village of Collinsville.

The inability to get the mix of uses found in town and neighborhood centers has, critics say, discouraged the revival of cities and encouraged low-density, single-use, auto-centric suburban sprawl.

A careful observer walking the boulevards of Paris or the streets of downtown Philadelphia might rightly infer that building cities to physical standards is not a new idea, but it had been lost, or at least overshadowed, in many U.S. cities.

Duany and Plater-Zyberk, husband and wife, revived it when they developed a form-based code in the 1980s for their new city of Seaside, Fla. Form-based codes, in varying forms, have been adopted in more than 300 communities across the country, according to the Form-Based Codes Institute, a Chicago nonprofit. Many others are studying it.

Nearly all are “hybrid” codes, meaning they cover certain parts of the municipality while the rest remains traditionally zoned. Form-based codes “can work very well in higher-density areas, such as town centers or gateway neighborhoods, where the appearance of buildings is important,” said veteran Hartford land use lawyer Dwight Merriam. Hamden and Hartford join only a handful of cities, including Miami and Denver, that have adopted a form-based code for their entire land areas.

The new codes do not abandon the regulation of building use — few towns want an adult book store next to a school, for example, or a big-box store on a quiet residential street. They are intended to bring compatible uses back together and make the rules a little more sensible. For example, in revising Hartford’s code, Sara Bronin reduced 61 pages of uses to three pages.

A principal advantage of form-based codes, advocates say, is that they eliminate much of the ambiguity from current practices. Traditional zoning rules have some physical standards, such as maximum height and setback, but they don’t predict what a building will look like. Form-based codes verbally and graphically depict the size, form and siting of a building, so the developer knows what he has to build and residents know what they will be getting.

The Hamden code, which covers the whole town but focuses on the three commercial corridors, illustrates how planners hope form-base zoning will change the look and feel along those thoroughfares:

Creane’s strongest selling point for her town’s new code involved wasted space. She said if the town’s T-5 Zone, which includes much of Dixwell Avenue, were fully built out to form-based standards, the town’s property tax base from that area would increase by a whopping 2,200 percent.

The effort is beginning to show results. Despite the recession there’ve been five major projects — new construction or expansions — along a one-mile section of Whitney Avenue, and three more have passed the permitting stage. “They’ve begun to change the feel of Whitney in a positive way,” said Ms. Creane, who is now a planning consultant.

Dixwell has seen one new building with two more ready to go; State Street has not yet been a great street for development, for reasons that are unclear.

In Simsbury, having a form-based code in place at the former Hartford Insurance Group property was a major factor in attracting a buyer for the 172-acre parcel last summer, said former First Selectman Mary M. Glassman.

Simsbury once had a reputation as a hard town with which to do business. Ms. Glassman said form-based zoning changed that image and “sent a message we were serious about attracting predictable development.”

In the next few years planners across the Northeast will be watching Hartford, to see if the state’s most comprehensive form-based plan helps bring development to the long-struggling capital city.

Ms. Bronin believes it should help, by making development more predictable and less expensive. For example, the new code eliminates minimum parking requirements for downtown projects, a major potential cost saver. Now, many if not most developers may choose to build parking, but the hope is that they will also rely on shared parking and mass transit to keep costs down.

In addition to its form-based provisions the new Hartford code has — and has been praised by environmental groups for — a plethora of green features. It covers everything from waterway protection and urban agriculture to clean energy and the city’s tree canopy. There are also special zones around college campuses, transit nodes and the Connecticut River to encourage appropriate development in those areas.

Unlike traditional zoning, form-based codes can also regulate public spaces. Hartford’s code matches building type with street type, and also creates rules for “complete streets” that are, at least theoretically, as friendly to bikers and walkers as to cars.

For all it’s potential advantages, formed-based codes take serious resources to prepare and are far from foolproof. The code is a tool to enact a community vision, a plan of what it wants to be. Preparing that plan and tying the code to it is real work. Leslie Creane said she attended 178 public meetings and gatherings in the two years leading up to adoption of Hamden's new code, and Sara Bronin — an expert in real estate law as well as an architect — went to scores of meetings as well. (She had a hectic autumn; her husband Luke was elected mayor of Hartford.)

Having a weak plan or creating the wrong metrics can discourage development. In Hamden, late Republican leader Matthew Corcoran opposed the new code because he said added residential density could put pressure on the school system, according to the New Haven Register. And though the Hamden code was widely accepted, a handful of opponents insisted to the end that there was no need to change the old code. That attitude is hardly unique to Hamden; many places are happy with the way they are.

Nonetheless, communities that want denser development, who want to grow without using open space, appear to be figuring out how to avoid the pitfalls and use form-based codes to their advantage. Ms. Creane said form-based regulation “says more about what you can do, rather than what you can’t do.

It’s also a propitious time to reevaluate zoning because the noisome and noxious mills that inspired zoning long ago are mostly gone, and, as advocates such as Duany say, new, clean, high-tech manufacturing can go almost anywhere.

This article first appeared in the Connecticut Mirror. 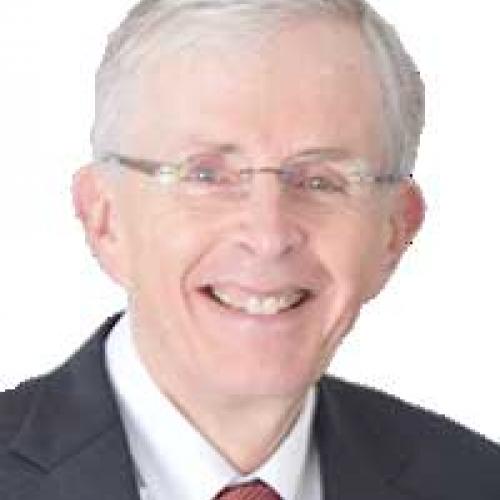