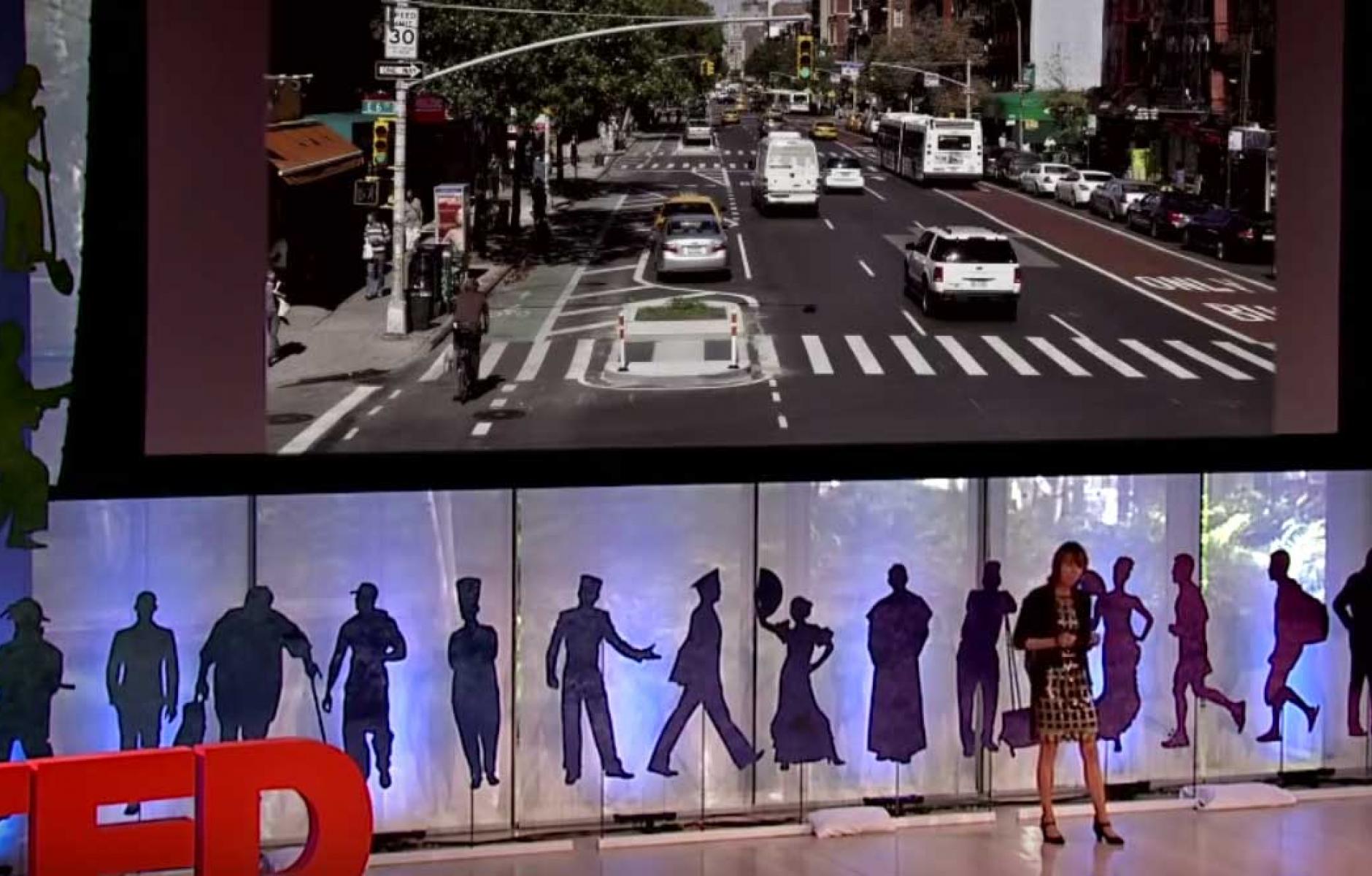 Better streets are worth fighting for

Sadik-Khan's approach is both radical and practical. Instead of relying on traffic "models" that are rarely tested against reality, she made changes with temporary materials that could be reversed if the benefits failed to materialize.
ROBERT STEUTEVILLE   &nbspJUN. 14, 2016

Janette Sadik-Khan, author of the recent Streetfight: Handbook for an Urban Revolution and former New York City transportation commissioner, gave an inspiring speech to CNU in Detroit on Friday. The speech was not officially recorded on video, but here I offer her 2013 Ted video that has been viewed nearly a million times.

Sadik-Khan's point to CNU, in this video, and her book, is that streets are worth fighting for. Her department created more than 50 pedestrian plazas, 400 miles of bike lanes including the nation's first parking protected bike lanes, and seven rapid bus lines, opened up the nation's largest bike-share system, and transformed Times Square.

The last three goals were met. Overall fatalities are down by 20 to 25 percent so far.

Transforming the streets of a city or town can be accomplished quickly without great expense, she says in the video—and told CNU. "It can provide immediate benefits. And it can be quite popular." Ultimately, 64 percent of New Yorkers support the bike lanes and the pedestrian plazas have become the new status quo.

However, "Every day was a fight," she told CNU. "Every inch that we reclaimed from cars was a battle. And we were fighting to change the culture of New York." It is a fight worth having and one that is winnable, she says.

"If you push the status quo, the status quo pushes back—hard." New York City implemented the first parking-protected bike lanes in North America. Now similar lanes are being built all across the US. A set of bike lanes in Brooklyn was called "The most contested piece of real estate this side of the Gaza Strip."

Most of America's 2.5 million miles of streets are designed for automobiles through an inflexible bureaucratic system that needs to change, she told CNU. The Manual on Uniform Traffic Control Devices, by the FHWA, "is like the Ten Commandments, but 500 pages long. They forgot one thing—people."

Sadik-Khan has a lot of great lines. This TED speech is among of the most-watched planning-oriented videos on the Internet, and it is worth checking out. I haven't read Streetfight, but I plan to. Sadik-Khan's approach is both radical and practical. Instead of relying on traffic "models" that are rarely tested against reality, Sadik-Khan made changes with temporary materials that could be reversed if the benefits failed to materialize. They never did fail, however. New York City streets are now performing better economically and environmentally, and are safer.